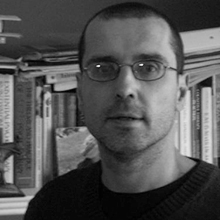 Erald Bekteshi completed his studies in general medicine and he has trained as a psychiatrist in the University Hospital Center ‘Mother Theresa’ in Tirana, Albania. In 2000-2001 he won a Fulbright scholarship in addiction psychiatry with UIC (University of Illinois at Chicago) and 2004 a residency in the University Hospital Centre in Vienna. Following his growing interest in psychotherapy and his move to the UK in 2005, he completed his MA in psychotherapy with New School of Psychotherapy and Counselling in London. In 20014-2015 he started his training with Institute of Group Analysis in London. Since 2009 he is licenced with UKCP (United Kingdom Council of Psychotherapy) and has practiced as an independent psychotherapist. Erald has extensive experience in facilitating group psychotherapy in the field of mental health, personality disorders, addiction and dual diagnoses field. He has worked for several charities in the UK such as MIND, DAF, RAPt and has been clinical lead and team leader in private rehabilitation centres and drug treatment units. He had lectured in the Doctorate programme and currently he is a supervisor for therapists in training with New School of Psychotherapy and Counselling in London. Erald’s main passion and current focus is in group psychoanalytic psychotherapy and his way of conducting groups is based on works of Bion but mainly H.S. Foulkes. He believes strongly in the containment and holding power of the groups, but he is also interested how groups could also provide meaning in dealing with uncertainty in a very fast changing world. Erald with the help of Mr Rober Harris (who has been his mentor and supervisor for many years) and great support from Mrs Anxhela Gramo (an Albanian certified psychotherapist) started in 2017 in Tirana (Albania) the training in group analytic psychotherapy.