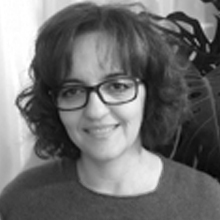 Ermira Hila studied “Health Psychology” at the Faculty of Psychology at the “Sapienza” University of Rome. As a school psychologist she has worked for several years with adolescents in the context of high schools. She also is qualified as a forensic psychologist and has served for many years as a consulent at the courts of Lezha and Kurbin. For about 4 years she has worked as a psychologist in the association “Pope John Paul XXIII”, on its foster-care houses, offering counseling for staff, psychological assessment and psychological support mainly for the developmental age in traumatic conditions. Since March 2018 she has also formed the first experiential group in the Albanian context in the role of the facilitator under supervision. She is currently completing the psychoanalytic qualifying course offered by Sigmund Freuds University of Vienna in collaboration with the Albanian Association of Psychotherapy and is practising as a psychoanalytic psychotherapist under supervision at her private practice.
In the Faculty of Psychology, at Luigj Gurakuqi University in Shkodra, she teached Psychometry and also has taught at the Italian University ‘Lady of Good Counsel’ in Tirana. Founding members of the Group Analysis in Albania since 2016, she has held the role of general secretary and membership coordinator at this association. She is also a member of the Albanian Psychotherapy Association.